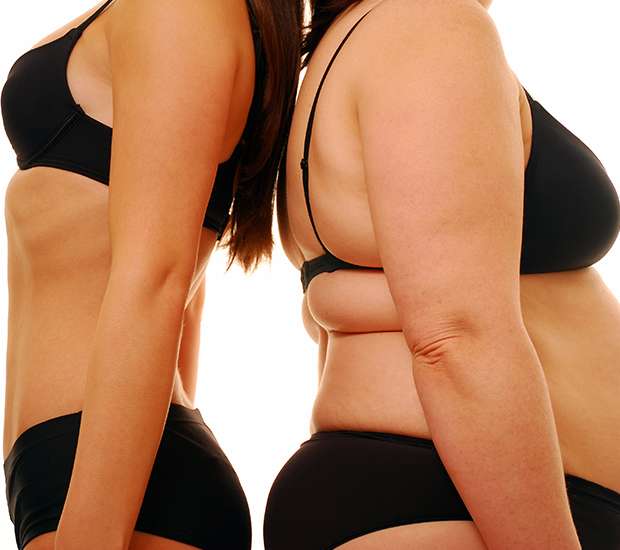 Because of the discomfort associated with conventional liposuction, many are choosing a considerably less invasive and traumatic alternative. SmartLipo uses leading-edge laser technology to actually melt away the fat. The tiny, specialized SmartLipo laser is inserted beneath the skin where it targets fat cells. Then the heat from the laser literally melts the fat on contact. In addition, the SmartLipo procedure stimulates collagen production, which in turn helps tighten the skin around the treated area. The result is a more toned and defined appearance.

Because SmartLipo uses local anesthesia, the downtime is significantly less than that of traditional liposuction – typically only two or three days. Compression garments should be worn for a week to 10 days after the SmartLipo procedure.

Patients who have small, localized areas of fat in hard to treat areas are ideal candidates for SmartLipo. SmartLipo gently reshapes difficult areas such as knees, sagging tummies, “back fat”, chin, neck, and jowls. And once the fat cells in any trouble spot are eliminated with the SmartLipo laser, they can never return. They’re zapped for good.

For people struggling with stubborn fat areas that simply won’t go away, there is now an incredibly smart and effective solution. Smartlipo will do for troublesome areas such as sagging tummies, saddle bags, and more what diet and exercise just can’t do – melt away fat and tighten bagging skin. The fantastic news is this progressive medical procedure is available in the Houston area for men and women ready for a dramatic change in their appearance. If this sounds like you, you can schedule a consultation today.

And if you’ve been battling the same bothersome areas with little or no results, the timing couldn’t be better. As you are probably painfully aware, there are some trouble spots that seem impossible to get rid of, no matter how many trips to Houston gyms you make or how faithfully you follow a healthy and balanced diet. It’s incredibly frustrating. Perhaps the culprit is age, family history, or the effects of childbearing, but whatever the reason, the results is the same – you’re unhappy with what you see in the mirror.

For that reason, many people choose traditional liposuction to smooth the lumps and bumps caused by unsightly fat deposits. Liposuction is a cosmetic surgical procedure that literally sucks away excess fat deposits. Inches and pounds are lost almost immediately. But because of the downtime, discomfort, and unpleasant side effects, many are turning away from traditional liposuction and choosing a significantly less traumatic and smoother path instead.

A new and revolutionary procedure, Smartlipo uses cutting edge laser technology to “melt fat away.” Not only is Smartlipo dramatically less invasive, this innovative technique offers the additional advantage of tighter skin and increased collagen production. So not only do you lose inches, but the lines and contours of your body are gently reshaped and redefined. In addition, the rebellious fatty areas so resistant to diet and exercise – double chins, thighs, saddle bags, back, and around the bra strap – gently and effortlessly disappear. Flabby arms or saggy abdomens are reduced, toned, and tightened with Smartlipo’s remarkable technology.

So what exactly is Smartlipo? Smartlipo is a highly efficient, breakthrough method now offered in the Houston area for eliminating undesirable body fat. Unlike the awkward, bulky tubes and stressful office visits experienced with traditional liposuction, Smartlipo uses smaller, streamlined instruments and state-of-the-art technology to virtually melt and eradicate fat cells. Areas such as the abdomen, hips, love handles, knees, back, chin, neck, and jowls are quickly and gently reshaped and contoured.

Smartlipo carries the distinction of being the first FDA approved laser device to actually rupture fat cell membranes, leaving them liquefied and permanently destroyed. This allows for more efficient absorption and elimination of excess fat. Once fat cells in the treated area are eliminated, they can never regenerate and return.

Another Smartlipo Unique Advantage Unlike conventional liposuction, Smartlipo is ideal for treating localized capsules of fat found in smaller, difficult to maneuver body areas. Smartlipo has the unique ability to address and treat areas such as the face, forearms, knees, and upper abdomen. That’s because the cannulas used during the Smartlipo procedure are extremely thin, some less than 1mm in diameter – about the size of a single strand of thin spaghetti.

The tremendous benefits of Smartlipo There’s simply no question, Smartlipo is one of the most advanced and efficient methods available today for removing embarrassing, undesirable fat from stubborn trouble spots. But in case you’re still wondering why you should choose Smartlipo over traditional liposuction, here is a summary of the tremendous benefits.

Smartlipo uses local anesthesia, small laser fibers to melt the fat, and thin cannulas for fat removal. Absolutely no stitches are required because the incisions are so tiny. When you consider tradtional tumescent liposuction requires general anesthesia, stitches, bulky cannulas, and an unpleasant draining tube placed under the skin, the difference in comfort, scarring and bruising is rather apparent.

With Smartlipo you can expect only two to four days of downtime followed by only 7 to 10 days of wearing compression garments for support and minimized swelling. On the other hand, after conventional tumescent liposuction, about seven days of recuperative time is the norm with an additional six weeks of compression garments. Not only does Smartlipo allow you to get on with your life much more quickly (you may be able to return to work the next day and resume your regular exercise routine within a week), you’ll experience the body you’ve been dreaming of much faster, too.

You’ll start to notice Smartlipo results as soon as a week after the procedure. Some patients see a more streamlined and compact shape almost immediately, but the usual scenario is a gradual change over the weeks and months. That’s because over time the body continues to shed released fat and the skin tightens even more.

What to expect during a Smartlipo Houston consultation Before undergoing the Smartlipo Houston procedure, you’ll need to schedule a consultation appointment with Dr. Rodriguez at one of his five convenient locations in the Houston area. During this time together, you’ll discuss your goals and what you can expect from the Smartlipo procedure based on your current body shape. The lifestyle changes you plan to implement will also be a factor in your overall results.

Though Smartlipo is tremendously effective for patients seeking to permanently shed unwanted deposits of fat, it is not a solution for significant weight loss. If substantial weight loss is the goal, an alternate weight reduction program, like the hCG Diet, is more appropriate first.

The Smartlipo Houston procedure This is basically how Smartlipo works: The Smartlipo optical laser fiber stylet is inserted beneath the skin through a tiny incision. This highly specialized laser targets, then literally melts and dissolves fat cells on contact. With a gentle, back and forth motion, the cannula delivers laser energy directly to the fat cells, heating them up and breaking down the membrane. Eventually the cells combust and release liquid fat which drains away gradually through the lymphatic system. This same laser energy sparks the collagen in the dermal layer which shrinks and tightens the skin.

You can feel totally confident and at ease with the new Houston Smartlipo process. Laser technology is extremely safe. Smartlipo utilizes a laser very similar to that used for cataract removal. The end result is a trimmer and sleeker body with a beautifully proportioned and balanced silhouette…all due to the superior, smart, and advanced technology of Smartlipo.

Is Smartlipo for you? Houston’s Dr. Rodriguez can tell you for sure, but generally, if…

Then you are probably an ideal candidate for Smartlipo.

You can take the first step in finding out today. Simply fill out a quick and easy inquiry form requesting more information about Smartlipo in Houston and what this procedure can do for you. Your questions and concern about Smartlipo will be addressed promptly and thoroughly. We at Lipo Body Sculpture of Houston look forward to hearing from you. 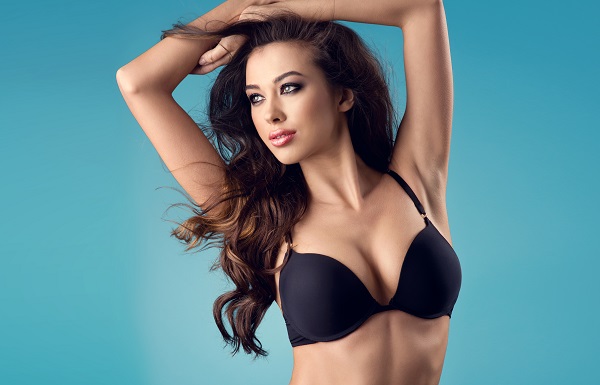 What Is Mesotherapy And How Does It Work?

Mesotherapy is a technique of skin treatment that more and more people have become interested in because it isn’t traditional. However, over time, the technique has evolved. Being aware of what mesotherapy is and how it works can be helpful for someone who is considering their options for skin care therapy. In this article, we… 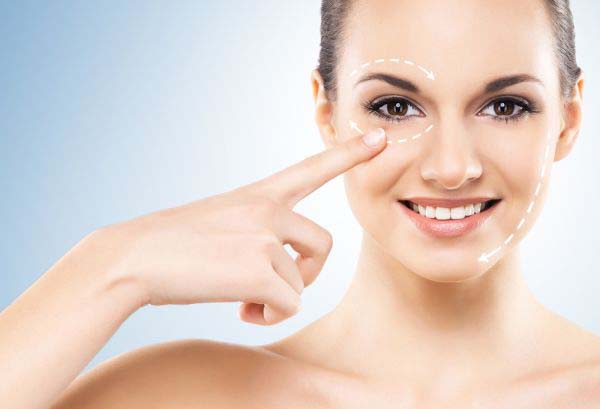 Tips For Choosing A Plastic Surgeon Near Houston 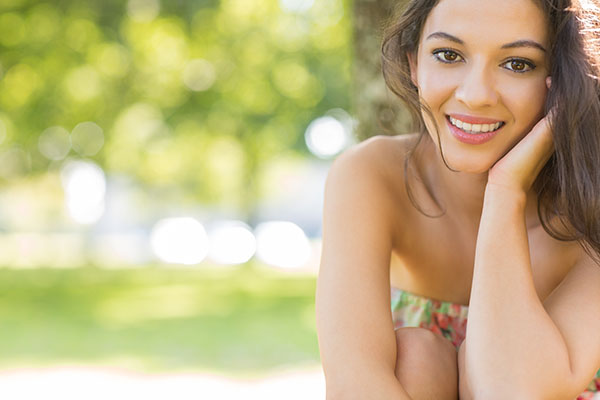 5 Things You Should Know About Juvederm Treatment

Juvederm is a clear gel that belongs to a group of hyaluronic acid dermal fillers. This filler is injected into the skin to repair the appearance of age-related issues such as wrinkles and facial folds. Cosmetic doctors often use it on the face to fill the lips and other areas. This article focuses on important… 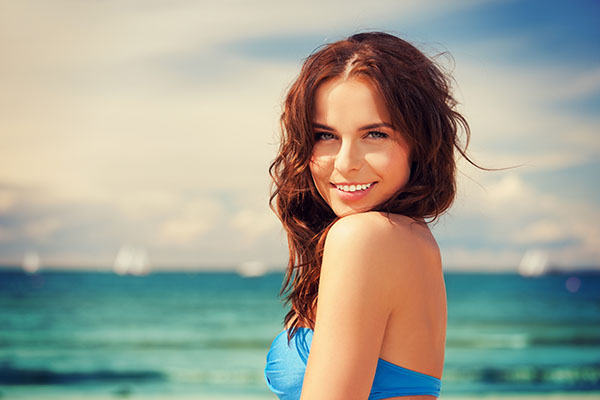 4 Reasons To Consider A Breast Lift

Are you wondering if getting a breast lift is the right choice for you? Also known as a mastopexy, this type of surgery is performed to change the shape of your breasts. The overall appearance of breasts tends to change when certain things happen or just simply due to aging. These changes, as well as… 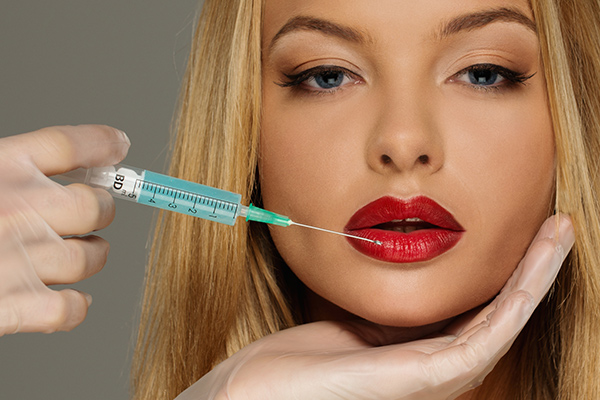 As a way to deal with unwanted wrinkles, it's possible that Botox has always seemed extreme or high maintenance to you, or maybe you have a friend who gets Botox and you have always been curious about the procedure. Now is the time to consider getting combative against those fine lines and wrinkles. Crow's feet,…